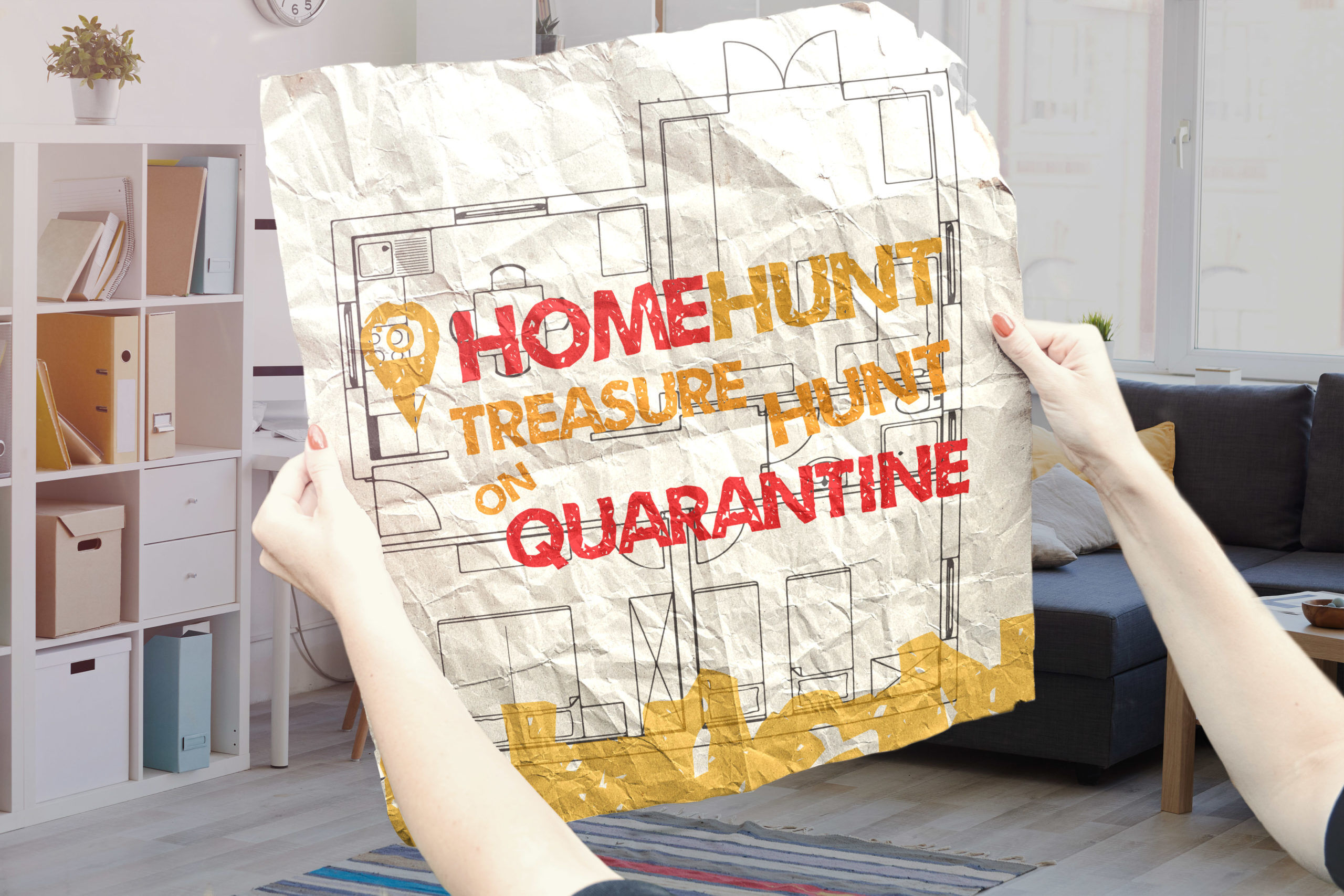 We are pleased to announce that we mark the month of June, the Children’s Month, with a new type of CityHunt experience through which we want to organize the first urban treasure hunt dedicated and designed specifically for the little ones. The first event will take place on  June 16, inside Herăstrău/Regele Mihai I Park.

Our initiative to launch a children’s trail comes amid very cool and successful experiences that we had when we organized private events for children. The last event took place in March, on the occasion of Peter’s birthday. The 9-year-old boy, along with his parents, chose to celebrate in a special way, through an urban treasure hunt by CityHunt, along with their friends.

The group of children, along with a few parents, enjoyed the CityHunt route in the Old Center area for three hours and competed in the race to identify clues and solve the challenges. Both children and parents had lots of fun looking for and pinpointing the objectives on the map, but mostly solving different tasks designed to spark amusement, but also teamwork.
Mixed children-adults teams have gone through new experiences. They took pictures of animals, cared for a fragile egg throughout the game and competed in a race with an orange without using theirhands. Finally, we gave awards to the winners and we took many pictures to mark this event, after which we realized that CityHunt is an activity that’s also loved and received with great enthusiasm by children.

So, for the June 1 event, we have prepared a series of mysterious clues and fun challenges for the little ones to train their observation and teamwork skills, but also to enjoy their day in a unique way. The difficulty and the length of the trail are suitable for children between the ages of 8 and 14 and the participation of the adults with the kids in the teams is optional, as we have configured the route and the game area so that they are safe from cars or other dangers.

Concluding, we can say that CityHunt is not an ideal and fun way of spending leisure time only for adults but also for children, because the desire to solve mysteries and to accomplish a challenge can be experienced much more intensely by them.

So, starting June 16, we expect you and your child or children to enjoy an urban hunt fuelled with adrenaline and mystery in Herăstrău/Regele Mihai I Park.

When all of us think of Bucharest we probably conjure the image of a crowded city with shabby buildings and monotonous streets. Actually, this is not exactly the case, and one of the ways through which you can assure yourself that Bucharest it’s a city that can offer you stunning urban landscapes, chic streets, and buildings with an interesting architecture is the CityHunt experience.

The CityHunt concept proposes to rediscover Bucharest from a different perspective, a pleasant, engaging and mysterious one. Similar to the escape room idea, just outdoors in the city, CityHunt is a team game where the main activities consist of finding various photo clues, solving funny tasks or riddles about important figures in the culture or history of Romania.

The game currently has seven treasure hunting areasso at each event the map changes by rotation. The zones where you can discover the city in a different light are Romană-Universitate, the Old Center, Calea Victoriei and Dorobanți-Aviatorilor, Cotroceni, Oborand Herăstrău.

One of the most unusual CityHunt experiences took place in the Old Center area on a day when the clouds gathered in the sky and a rain shower began falling intensely. Although they had wet clothes, all the teams stayed in the contest, enjoying a childhood sensation: playing in the rain.

Along with the team,I was part of, I got a map of the key points on the route where we were going to find clues, I solved the thinking puzzle in order to go into the race, and then I enjoyed the hot summer rain and the cool individuals I teamed up with. One by one we analyzed the clues on the map and we discovered the goals, we solved unusual and fun challenges, and during the game,we also had a check-point where we had to accomplish a team challenge.

I found it super cool that CityHunt does not just propose tracking a map of clues, but also activities that involve socializing in a pleasant and fun way with the people around. In order to obtain other bonus points, we were constrained to ask for help from passers-by on the street to perform different tasks, such as taking a picture with strangers who have a moustache, bringing a boiled egg to finish or organizing a football game with foreigners. And because it rained outside, it made this experience worthier to remember, because you don’t always have the opportunity to recall the carefree childhood when you played with your friends in the street even when the rain started. I can say that the rain was a motivating factor to finish and win the race because the adrenaline increasesand the sensation is one of pure freedom and escape from everyday stress. It’s a feeling that’s better experienced than described.

And let’s not forget, all the fun it concludes also with fun. At the end of the contest, all participants stay at a beer or a soft drink, many pictures are taken, and the organizers offer awards to the team that have gathered the most points.

Having a duration of 3-4 hours and being designed so that you can navigate the route of the contest map on foot, CityHunt helps you to learn and look at the city with a fresh pair of eyes, whether it’s sunny or it rains, to relax on an afternoon doing a little exercise and meeting new people with whom, why not, you can remain friends. Every time we think about the idea of teambuilding, it is likely that everyone thinks about an image of a group of employees sent by the company in a natural setting, mountain or sea trip where employees can relax and enjoy taking part in group activities in which they socialize and get to know each other better. All this, in order to increase the working relationships and the cohesion among employees, and implicitly, also the performance of the companies by showing an ascending trend.

Nothing truer, but from our point of view, the idea of teambuilding can also be seen and applied from a different perspective. In other words, from the perspective of a city treasure hunt implemented within the CityHunt concept.

The idea of this concept proposes rediscovering Bucharest from a different perspective, a pleasant, engaging and mysterious one. Very much like the idea of an escape room, just taking place outdoors in the city, CityHunt is a team game where the main activities are finding different clues in the city, solving amusing tasks or riddles related to important individuals in Romania’s culture or history.

This type of event is also very good for companies that want to offer their employees a moment of relaxation and an opportunity to strengthen their personal and professional relationships. Being a team-based game, CityHunt is one of the right choices in the context of re-establishing relationships within a group of people.

In July, the telecommunication company Camusat chose to reward its employees, who were in an experience exchange in Bucharest, by attending a CItyHunt event. The event took place for 4-5 hours, the number of participants being about 60 people, divided into teams of 5 people.

The area chosen for Camusat, by being foreigners, was the area of the Old Center, an area with a special historic significance and an admirable architecture. Camusat teams travelled across the entire map of the game, searching for the hidden treasures in the form of the photos represented on each map. Also, each team has performed amusing tasks, but which also stimulates work and teamwork, in other words, actions chosen at any teambuilding. Noteworthy is that throughout the event, the competing teams have been filmed and photographed to remain with unforgettable memories to take with them at the office so that this activity will remain a living memory at work.

An extra gain, of this way of teambuilding, lies in the fact that CityHunt participants had the opportunity to learn about the history and culture of Bucharest, and also to admire the Old Town bohemian buildings that placed them in a pleasant and relaxing atmosphere.

At the end of the event, all Camusat employees met at a restaurant-bar in the Old Town where they were informed of the points they had gathered in the game and they felt good while exchanging impressions about this different idea of teambuilding.

Concluding, we can say that CityHunt is a type of event feasible for both groups of friends who want to spend quality time together, as well as teams of employees from large companies who want to strengthen their interpersonal relationships, mutual trust and teamwork efficiency.